In 2016 I moved from Paris, Texas to Austin, Texas to pursue my lifelong dream of becoming a professional singer/songwriter. The title track "South of Weird" tells what I was feeling in this very exciting and emotional time in my life. The second track "Make It Out Of This Dive Alive" came to me from my experiences growing up in Paris just 16 mile from Oklahoma. The rule was if you were old enough to push the door open, you were old enough to buy beer! It also stems from a boss I had that sent me up there to sell copiers and office supplies. His instructions to me were "Stay On The Paved Roads". "Billy Roy" is a song I wrote after the death of my father. This song really gets into what I felt that he and my mother had instilled in me growing up. Once I got to Austin I discovered a great and historic place called Cheatham Street Warehouse. Every Wednesday night for 40 years they have hosted a Songwriter Circle originally started by Kent Finlay. This tradition has been preserved by Kent's son Sterling and his faithful sidekicks Missoula Slim and Gary Hickinbotham. They took me under their wings and really pushed me to write songs and improve my songwriting skills. I am grateful to both of them and all the other people at Cheatham Street that make it such a magical place. The song "Pot Belly Pig" is a story about when we were selling our house in Paris and the difficulties we had with the HOA because the people that wanted to buy the house had two pot belly pigs and the HOA didn't allow pigs. "Nicotine" is a song that I wrote that describes my love of cigarettes and my struggle to quit the nasty things. The next tune is called "If Wishes Were Horses" This song came to me from my beautiful wife always telling me this saying of her grandmothers when I would say "I wish this or I wish that". I got the idea for "These Old Songs" one night when I was listening to Missoula Slim down at Cheatham Street. He was performing and had all his CD's and merchandise on a table for sale. I thought to myself "I got to get my act together and get some merch and CD's going. Another influence for this tune was from a friend named Laurie who told me that I couldn't say "I ain't got no". "Teresa Lynn" is a song that I wrote for my wife one Valentines Day when I wanted to give her something very special. She is my biggest fan and has supported me through all the bands, and gigs, and recording studio builds, and everything else. She is my best friend in this world! "Wish they hadn't told me not to drink" comes from a conversation with a good friend of mine named Merrol Ray. We were talking one day and he told me that he wished that he had never been told he was an alcoholic because he wouldn't have had to go to all those AA meetings. The last track was inspired from a new friend of mine that I also met at Cheatham. We all call him Uncle Paul. He began describing his experiences and the way Austin was in the past and how much it had changed in the last thirty years. I hope you enjoy the stories and will help me out by purchasing my album. Peace and Love to all of you and the World. 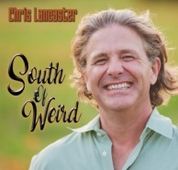 PURCHASE THE NEW CD ON THE

ON YOUR FAVORITE STREAMING SITE